Ten Years of the JOBS Act: Tens of Billions Raised

Ten years ago today, the Jumpstart Our Business Startups (JOBS) Act was signed into law. Introduced and enacted on a bipartisan basis, the JOBS Act was passed as the U.S. struggled to emerge from the Great Financial Crisis, which severely impacted private businesses' access to funding through the traditional capital markets. Thanks to the JOBS Act, private businesses received enhanced abilities to raise capital – including through crowdfunding – by creating shares in the form of securities. Ten years on, the results of the JOBS Act have been incredible.

The JOBS Act spurred waves of digital innovation by creating new ways for businesses and individual investors to fundraise together. Specifically, the crowdfunding regulations that were signed into law in 2012 – Reg CF, Reg A+, and Reg D 506(c) – have enabled more businesses to raise more capital from more investors. In an annual survey, Crowdfund Capital Advisors reported that approximately 4,850 startups and small businesses have been backed by 1.3 million investors using Reg CF in the last decade. In 2021, this amounted to more than $1.1 billion and is on track to double in 2022. 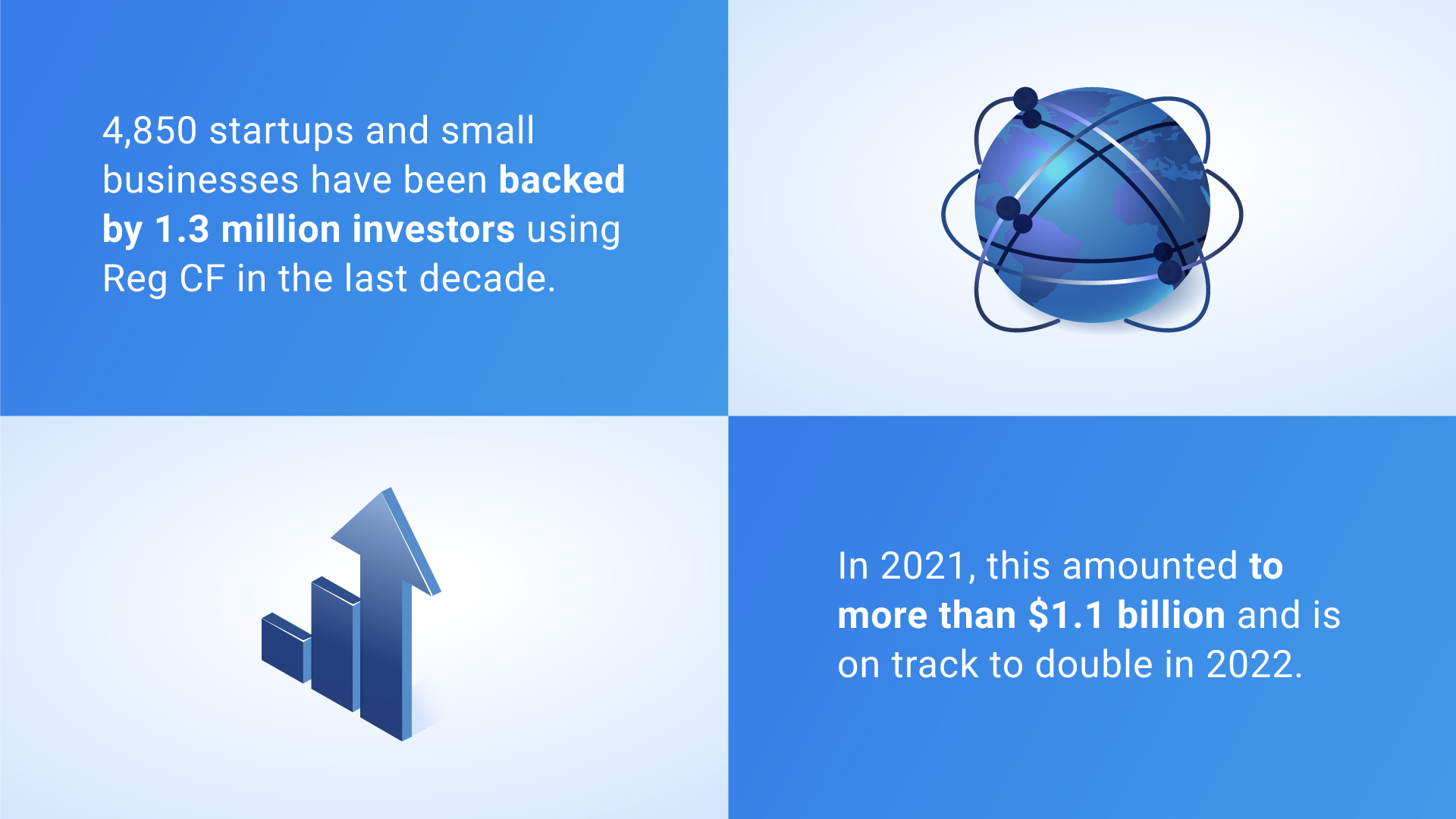 What’s known as the Mini-IPO, or Reg A+, now enables businesses to raise up to $75 million every 12 months. The first business to reach this upper limit in exchange for equity was Exodus, which raised $75 million from 6,800 investors &ndash; a vast majority of whom were customers and non-accredited individual investors &ndash; in just 60 days leveraging Securitize. Exodus stands out not just as the first business to raise the maximum amount under Reg A+’s increased limits, but also for turning thousands of their fans and customers into investors. In fact, a recent case study showed that 80% of retail investors agree that being a shareholder in a brand would make them more likely to buy from that company.

Three weeks ago, Exodus began trading on Securitize Markets1 and, as of this writing, is trading for more than its initial offering price. This demonstrates that the capital raising structure made possible by the JOBS Act has matured significantly, and that a real market is taking root using this legislative framework. What’s more, businesses raising capital through Reg A+ now have a leading example to follow.

According to a study analyzing Reg A performance from 2015 - 2019, estimates show that 487 offerings by 442 businesses were filed amounting to $11.2 billion across all offerings. Critically, this study was created before updates to regulation crowdfunding went into effect in November 2020, raising the previous capital limits for Reg CF from $1.07 to $5 million and increasing Reg A+ limits from $50 million to $75 million every 12 months. In other words, these numbers do not reflect the higher raises made possible by amendments to regulation crowdfunding, including Exodus. 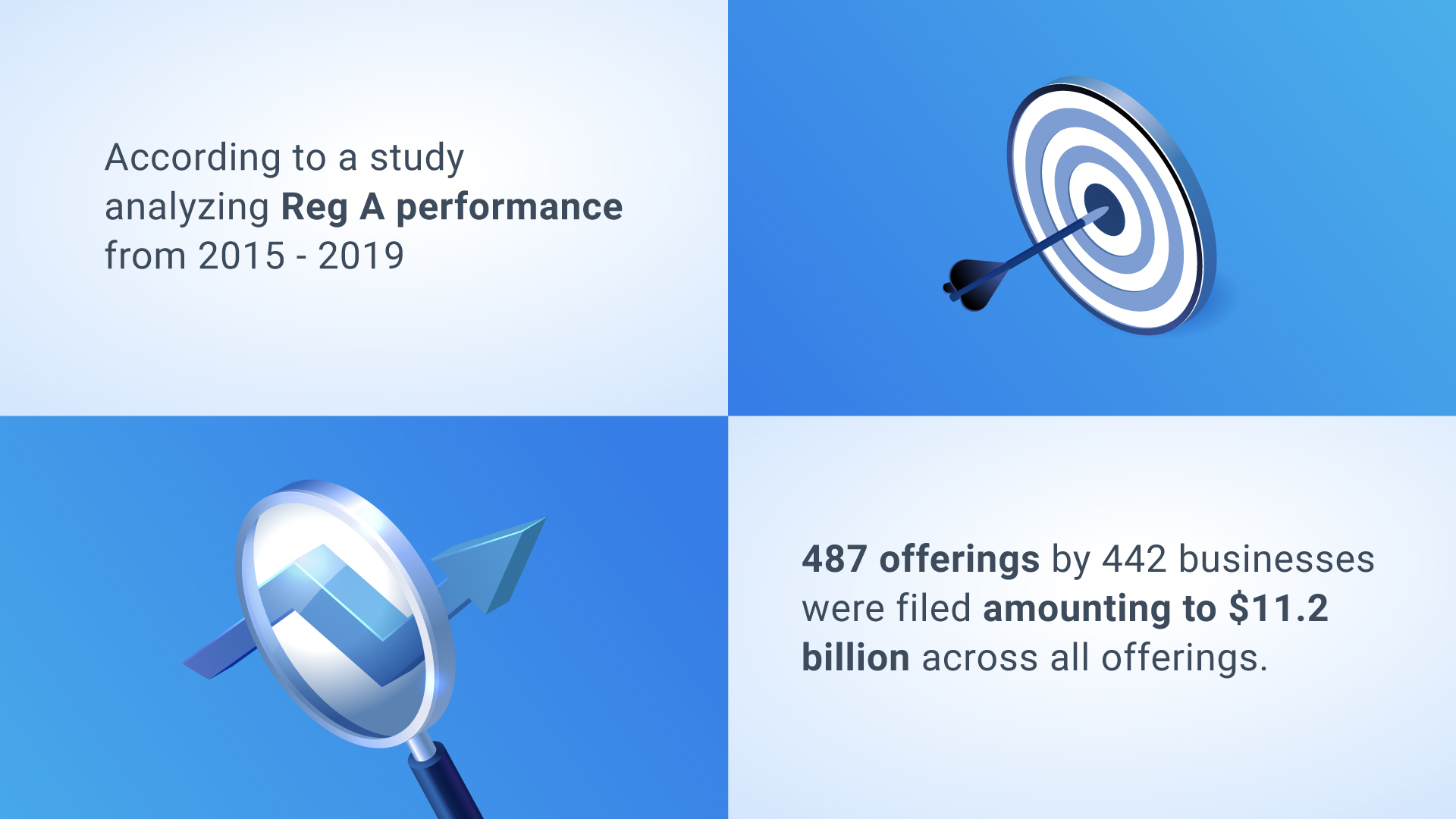 Reg D 506(c) enabled private businesses to raise capital from accredited investors without an upper limit and without general solicitation limitations. This differs from Reg CF and Reg A+ in regards to capital limits and makes it possible for businesses to increase operational efficiencies by foregoing the intricacies of going public via initial public offerings. By enabling businesses to solicit investments under Reg D 506(c), companies are able to advertise their crowdfunding round to the general public. This exemption simplifies what&rsquo;s required of busy business owners and widens the pathway to liquidity for shareholders.

As increased capital limits, digitization, and business preferences converge, it is reasonable to expect increased value generation through the uptick in regulated crowdfunding. In just the last couple of years, another trend has taken root: tokenization, or the issuance and management of digital asset securities on the blockchain. Tokenization bolsters what digitization started, namely, more cost efficient fundraising methods that enable businesses to pass savings onto their investors. By reducing costs and increasing ease-of-use, tokenization has the potential to turn this 10-year old regulated crowdfunding industry into a new cornerstone of digital finance. Subscribe up for updates below to learn more about the next ten years of crowdfunding.