Our team believes in an accessible and frictionless future for both issuers and investors, where all investors can trade and private companies can fundraise using digital asset securities. As an industry-leader, we're paving the path for the compliant digitization of financial assets.

Securitize is a Digital Asset Securities firm. Our goal is to provide access for investors to invest in private market digital asset securities (security tokens), and provide companies with a fully-digital end-to-end suite of compliant solutions leveraging the advantage of next generation blockchain technology.

Securitize was born out of a mission to decrease friction and create liquidity in the private sector. After launching SPiCE Venture Capital (SPiCE VC), Carlos Domingo and his co-founders envisioned using blockchain technology as a way to provide automation and liquidity for limited partners, an asset class that had always been considered illiquid.

Once it was determined that no compliant technology existed for issuing and managing digital asset securities, Carlos and co-founder Jamie Finn decided to build the technology, and soon after, used it to successfully issue one of the world’s first tokenized venture capital funds, SPiCE VC. In late 2017, Carlos and Jamie, spun off the SPiCE VC technology as a new company, launching Securitize, Inc. with the goal of making all of the world’s assets digital.

By 2019, Securitize, LLC made headlines by becoming the only SEC Registered Transfer Agent operating on the blockchain.

In 2020, with its industry-leading primary issuance and compliance platform, Securitize was recognized by CB Insights as a top 50 global innovator leveraging the blockchain, their first-ever ranking of the most promising companies within the blockchain ecosystem.

2021 was the year Securitize really started to take off: issuing the first credit-rated security token in Japan, completing a $48 million Series B round co-led by Morgan Stanley and Blockchain Capital, launching Securitize Capital and four tokenized funds (including the first two funds to track S&P indices), and we premiering Securitize Markets to enable trading of digital asset securities.

The pace of major milestones has continued into 2022, with the launch in January of the ETH yield fund and in February with the news that Securitize is now among the top 10 U.S. stock transfer agents (and the leading digital transfer agent), with the acquisition of Pacific Stock Transfer. As a result of that acquisition, Securitize now has over 1.2 million investor accounts and 3,000 clients.

Having worked with 200+ issuers, Securitize is a pioneer in the digitization of private market securities on the blockchain, for example:

Securitize, LLC has also been the chosen partner to power many of the firsts in Digital Asset Securities, including: 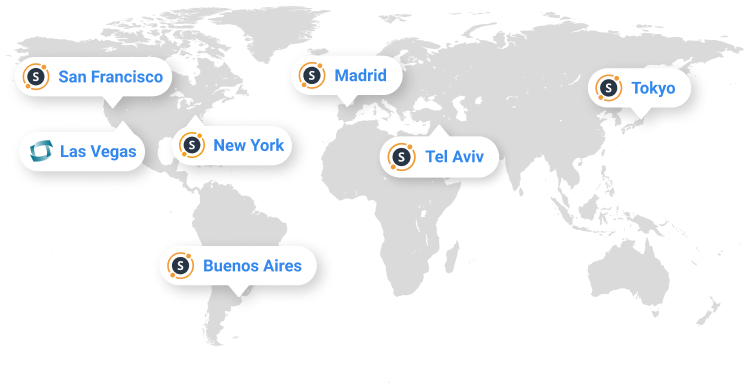 Securitize and its subsidiaries have a global footprint with offices around the world, giving us a unique perspective, as well as the opportunity to lead the evolution of digital asset securities (security tokens) in and across multiple markets. Securitize Markets is based in our New York City office.

The Securitize leadership team is composed of seasoned industry and blockchain experts that are paving the path for digital asset securities.

General Counsel for Securitize and its subsidiaries

Meet the board of directors

Meet the advisory board